Got some money to burn? Like good sound for your music? Don’t look any further, we’ve got the right gear for you.

Check out these speakers: 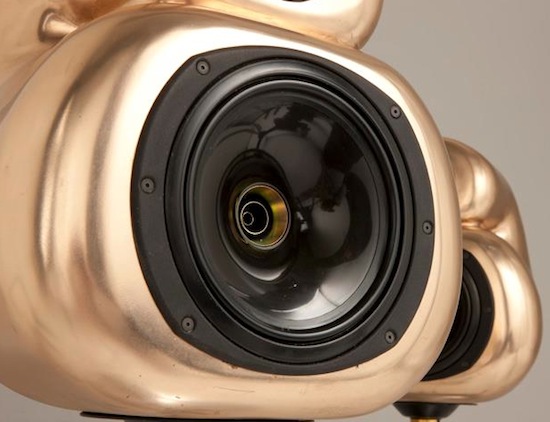 About the Paul Smith Multi-Striped MINI Exhibition
Originally designed as part of the Great Brits minis the 86 striped, 24 colour car appeared at the 1997 Tokyo Motor Show, and inspired a run of limited edition minis. The exterior of the car is painted with the signature Multi-Stripe. The attention to detail continues on the inside with a lime green lined boot and glove compartment and instrument gauges made by a company called Smith, changed the engraving to read ‘Paul Smith’.

The mini has been on many adventures including a tour of the US traveling to San Francisco, Las Vegas and Grand Canyon and finally ending up in Los Angeles. The car also attended the 10th Anniversary for the opening of the Dubai store in the Middle East in 2011.

In 2012, the Paul Smith Limited Edition MINI embarks on its first tour of Asia.

The colourful multi-stripe paint job on the exterior of the car has the unmistakable Paul Smith signature – coupled with vivid pops of colour on the interior that are reminiscent of colours used in various suits seen over many collections.

Other clever twists that are characteristically Paul Smith are hidden in the inside details the glove compartment and boot are lined in a lime green colour and the instrument gauges, made by a company called Smith, have been cleverly changed to “Paul Smith”.

This car is a very cool version of a version cool car. If you are in Singapore, try to see this amazing show!

As of today, we have a real fanpage on Facebook! Feel free to join us for more updates, photos and other fine stuff…

Yesterday I was in a bar where someone was carrying a box of the new Apple iPad. A lot of people where very curious about it. I actually was curious too, but he didn’t show it, he was only showing the box. That is a great way of getting attention when you are somewhere! Just carry around the latest gadget.

But, will you get more attention with an iPad than with a puppy? Maybe, depends on the crowd. But I’m sure that a puppy can do a lot more things than an iPad.

To sum up, the iPad has a lot of similarities with a puppy, but I see that the iPuppy is far more flexible. Besides that, I think that a puppy lasts longer (although not in the puppy-stage).

Do you have an iPad? Does it work for you? Or are you waiting for HP‘s Slate?

To all car users

Please, if you ever use a car in Amsterdam, or any city crowded with cyclists, do not use the wiper fluid. Ever. It is very annoying to drive around on your bike and getting sprayed on. The stuff is very irritating, it smells bad and it ruins your clothes.

Is it that these drivers are inconsiderate? Did they forget about their fellow citizens on bikes/scooters/motorbikes? Or are they just plain stupid?

Anyway, it’s very rude to do this and I warn you, Mr. Dark-blue-Volvo-with-extra-luggage-box-on-top, if I ever see you again, I will make you pay…(for the dry-cleaning of my suit). 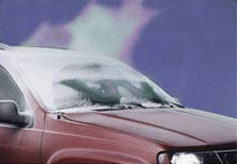